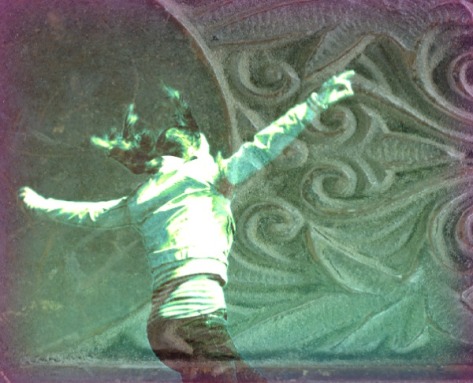 This is the second part of New Testament Views of Women: 1 Timothy 2:11-15. Due to the length of this study, I decided to divide it up. Please see Part 1 here [forthcoming] as they relate to each other.

For Adam was formed first, then Eve. And Adam was not the one deceived; it was the woman who was deceived and became a sinner.  But women [or she] will be saved through childbearing—if they continue in faith, love and holiness with propriety.

There is so much seemingly wrong with this passage in relation to basic Christian doctrine and belief that it seems hard to take it seriously. If the epistle is authentic—which not all early church leaders believed was the case–Paul surely wrote it for a specific local situation and/or a particular false teaching. Verses 13 and 14 read: “For Adam was formed first, then Eve. And Adam was not the one deceived; it was the woman who was deceived and became a sinner.” There are at least two implications here, so let’s go through them in detail.

Eve was Deceived: Why?

However, when looking at God’s order of creation, the lesser came first and progressed, one could say, until the creation of Man. All of Mankind is the highest earthly creation of God: “So God created mankind in his own image, in the image of God he created them; male and female he created them” (Genesis 1:27). So, there is no other order: all of mankind (male and female) was created last. If one wants to invoke the order of creation to establish a hierarchy between man and woman, then one can’t back peddle; woman would come out on top since Eve was made after Adam (Genesis 2:20b-22), the last being hand made by God in the ever progressive chain of creation.

The words used to translate “helper” and “suitable for” constitute another strike against the order of creation concept. The NIV renders Genesis 2: 18: The Lord God said, “It is not good for the man to be alone. I will make a helper suitable for him.” In English, “helper” is like “assistant” and is therefore a very inadequate translation of the word actually used. The same word for “helper” here is used 16 other times in the Old Testament and it always refers to God; is God your assistant? The word is used by God for Himself in contexts meaning “one who saves, upholds and sustains” (Kaiser et al. p 667). “Suitable for” sounds generic, a sad and almost insulting expression (“she’s better than one of the cows walking around, at least”) that should be more like a “perfect match for,” I would think. As Kaiser et al. puts it (p 667): “The word translated ‘suitable for’ literally means ‘in front of,’ signifying one who stands ‘face to face’ with another, qualitatively the same, his essential equal, and therefore his ‘correspondent’.”

As is discussed in the 1Timothy 2:11-12 section as well, Paul meant that Eve was deceived because she was less aware than Adam was of God’s command, not because she was less bright than Adam. Adam had been instructed by God, but Eve was instructed by Adam. What Paul said in verse 11 is that women must be educated–a radical notion for that time; they need direct instruction so as not to be deceived.

The wording as translated is still misleading, though, since it appears to convey that only Eve transgressed. But everyone understood that Adam sinned purposefully and not through deception, so it “went without saying.” This implied understanding is important to our own understanding of the next verse. There was a Gnostic teaching that claimed that Eve was created first, and not Adam. This, coupled with other pagan beliefs about female spiritual superiority, no doubt was creating a slew of problems at the Ephesian church. So Paul reiterates Genesis, that Adam was created first, to counter the false Gnostic and pagan teachings (Cowles 1993). Keep this in mind as we analyze the last verse.

Verse 15 reads, “But women [or she] will be saved through childbearing—if they continue in faith, love and holiness with propriety.” How does one explain this seemingly heretical verse? People, both men and women, are saved by their faith in Jesus Christ as their savior, not through any work (especially childbirth, which is a natural female function). In answering the NT question “what works does God require?” Jesus proclaimed, “The work of God is this: to believe in the one he has sent” (John 6:28-29). Belief and faith save a woman, just as they do a man, not a procreative work. There are at least two explanations for the first part of this odd verse, and both may be applicable.

One is that “childbearing” is not a verb here, an action of women for salvation, but a noun as in “the childbearing” of a single woman. In this case, the singular “she” would be used instead of the plural “women.”   This “childbearing” refers to Mary accepting God’s will in bringing Christ into the world. She was obedient—a counter and remedy to Eve’s actions. This parallels the Adam and Christ as second Adam concept. Adam’s sin was greater, since it came from willful disobedience (not from deception), and it required no lesser remedy than self-sacrifice from God. But Mary’s obedience in bringing God’s remedy into the world countered Eve’s disobedience (Cowles 1993; Cunningham and Hamilton 2000).

Another explanation falls in line with the general subject matter of the epistle, relating to the false teachings wracking the Ephesian church. Among other things, false teachers were claiming that marriage was to be avoided (1 Timothy 4:3) for salvation and holiness. Paul may have been countering this false teaching by saying that no, getting married and having children leads to salvation, too (Kaiser et al. 1996).

Scriptural, Historical, and Cultural Contexts, along with Humility, Make all the Difference

Without these explanations that take into account the historical, cultural, and even scriptural contexts, Paul’s writing here could easily imply false and demeaning things about women. Many people have taken Paul’s words, as translated and without 2,000 year old contexts, at isolated face value and have demeaned half of God’s acmic creation in the process. In a radical departure from the times, Paul desired that women should be educated so that they would not be deceived. He also countered false teachings that claimed that women, being made before Adam, were superior, and that remaining single was spiritually better than becoming married. Paul’s writing does not teach that childless women would not be saved—a very absurd, unchristian notion. Women, just as men, are to learn and live in humility, and marry if they are not called to a celibate life.

Cunningham, Loren, and David J. Hamilton. Why Not Women? A Biblical Study of Women in Missions, Ministry, and Leadership. Seattle: YWAM Publishing, 2000.

Hamilton, Loren Cunningham and David J. Why Not Women? A Biblical Study of Women in Missions, Ministry, and Leadership. Seattle: YWAM Publishing, 2000.

Torjesen, Karen Jo. When Women Were Priests: Women’s Leadership in the Early Church & the Scandal of their Subordination in the Rise of Christianity. New York: HarperSanFrancisco, 1993.

This site uses Akismet to reduce spam. Learn how your comment data is processed.